Highlights from the IT Innovation section in 2022 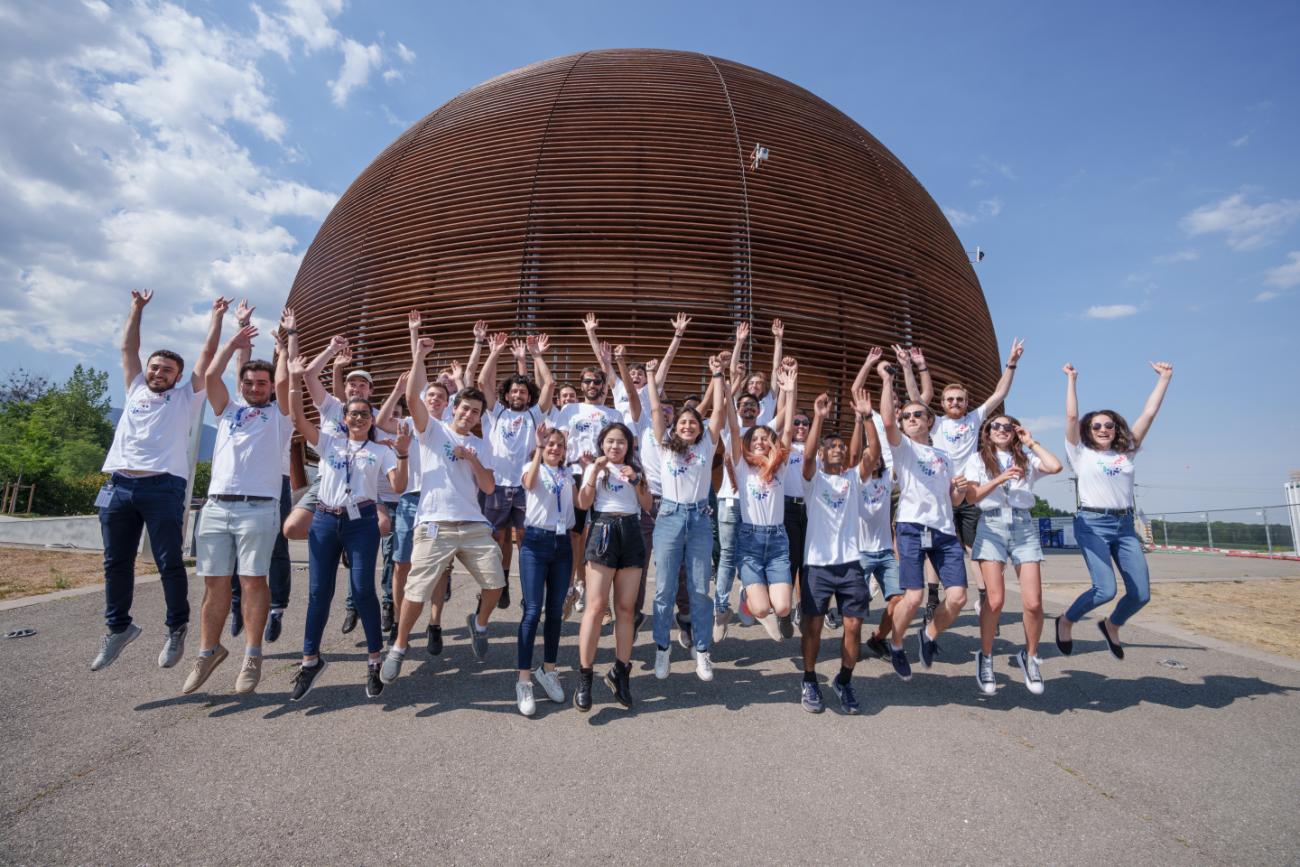 2022 saw the implementation of a new strategy and new structure for the CERN IT department. Under these, a new “Innovation” section has been created, bringing together CERN openlab, CERN Quantum Technology Initiative (CERN QTI) and several IT-focused EU projects and scouting activities, including collaborations with other research organisations. This recognises the vital need to innovate new computing technologies to support the ambitious upgrade programme for the Large Hadron Collider (LHC): when the High-Luminosity LHC (HL-LHC) comes online in 2029, the total computing capacity required by the experiments is expected to be ten times greater than today (read more in the announcement marking the start of building work for the new CERN data centre in Prévessin).

Technical and outreach events kick off a year of important progress

In Q1, CERN openlab held its annual technical workshop. Over 200 people attended this event, which discussed work carried out through 32 joint R&D projects spread across CERN.

In Q2, CERN QTI supported the second ever World Quantum Day celebration, even organising a special scientific symposium at CERN. Talks outlined the early days of quantum science at CERN and what that pioneering effort means for modern research.

The Quantumacy project also came to a successful close at this time. Members of the consortium met in Paris, France, to mark the conclusion of this project, which had been investigating privacy-preserving forms of quantum communication.

On top of this, a new project called SYCLOPS was approved under the new EU Framework Programme, Horizon Europe. This project will work to enable better solutions for AI and data-mining for extremely large and diverse data by democratising AI acceleration using open standards, and enabling a healthy, competitive, innovation-driven ecosystem for Europe and beyond.

A new EU project called InterTwin began work. It will build the prototype for a universal “digital twin” engine, a software programme that is able to virtually replicate any physical device, product or entity thanks to machine learning and software analytics. The project involves a consortium of 28 participants from 12 countries, bringing together modelling and simulation experts in high-energy physics, radio astronomy, astroparticle physics, climate research and environmental monitoring.

The CERN openlab Summer Student Programme returned as a full, in-person event for the first time since the start of the COVID-19 pandemic. Over nine weeks, the students attended specialist lectures and worked on projects involving some of the latest hardware and software technologies. 32 students, representing 19 nationalities, were part of this year’s programme.

This year’s summer students were also joined by the winners of the QHACK quantum machine-learning hackathon and the oneAPI Great Cross-Architecture Challenge, organised by Intel with support from CERN and Argonne National Laboratory in the US.

On top of this, CERN openlab launched its new website, too.

Quantum quest makes quite the quake in quarter “quatre”

The final part of the year was particularly busy for all in the CERN IT department’s Innovation section. The quarter started with the announcement of the Open Quantum Institute. The institute, which was announced in a speech by CERN’s Director-General, will work to ensure that emerging quantum technologies are put to use to tackle key societal challenges. The proposal for this institute was made through GESDA, the Geneva Science and Diplomacy Anticipator Foundation, in collaboration with leading research institutes and technology companies. Other founding supporters of the Open Quantum Institute include the University of Geneva, the Swiss Federal Institutes of Technology in Zurich (ETH) and Lausanne (EPFL), Microsoft and IBM.

CERN QTI organised the International Conference on Quantum Technologies for High-Energy Physics (QT4HEP). This first-of-its-kind event brought together members of the quantum technologies community from research and industry. They discussed recent developments in the field and worked to identify activities within particle physics – and other sciences – that can most benefit from the application of quantum technologies. 224 people attended in person, with more following online. Recordings from the event are available here.

Other news from the final quarter of this pivotal year includes the award of a prestigious Italian prize to CERN openlab’s CTO, Maria Girone, and the transfer of technical coordination of the BioDynaMo project from CERN to the University of Cyprus, as part of the project consortium’s goal to seek new applications for its powerful platform for agent-based modelling. Applications for the 2023 CERN openlab Summer Student Programme were also opened in Q4.

Throughout 2022, CERN made important contributions to an EU project called RAISE, The European Center of Excellence in Exascale Computing "Research on AI- and Simulation-Based Engineering at Exascale".  Work is now underway to help prepare the project’s next “all-hands” meeting, which will be held at CERN on 17-20 January.

Strong foundations for important innovation in 2023

2022 was an important year for all projects and initiatives under the umbrella of the new IT Innovation section. The IT department’s new structure and strategy is already helping to ensure that innovation in computing technologies is well targeted and can have maximum impact across the laboratory and CERN’s wider research community. Priorities in 2023 include:

“2022 was a critical year of transformation for us, during which we have both rationalised our activities around a few core themes and laid out the foundations for longer-term activities for the HL-LHC and beyond,” says Alberto Di Meglio, the head of IT Innovation. “In 2023, we will focus on co-developing and testing with our user communities the solutions they need. We will also strengthen the collaboration on the future of computing, storage and algorithms for science — not only within particle physics, but also with other communities like climate and environment, Earth observation, and medical applications.”