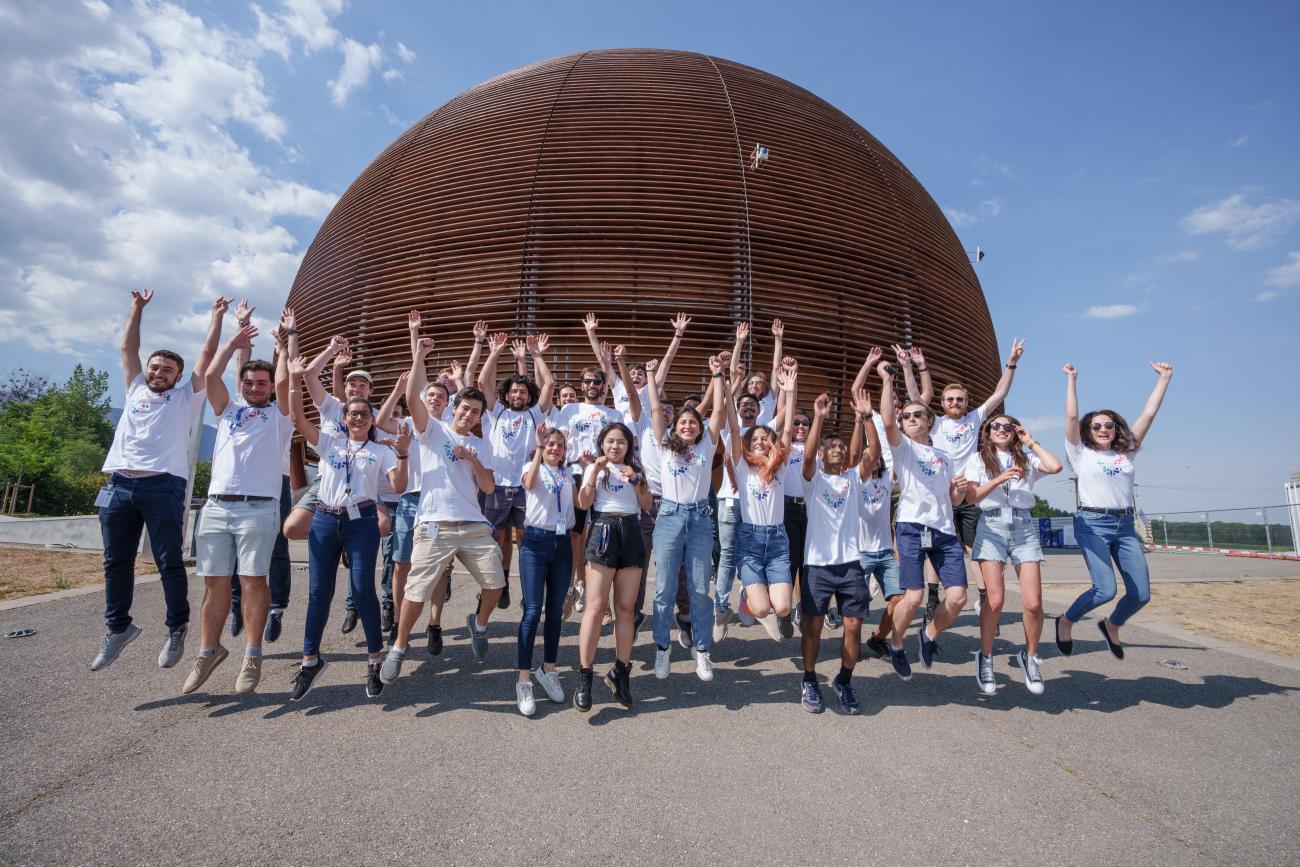 In July and August, 32 students came to CERN to work hands-on with cutting-edge computing technologies through the CERN openlab Summer Student programme. Last week, the students presented their projects in a series of five-minute “lightning talks”.

CERN openlab is a unique public–private partnership, through which CERN collaborates with leading technology companies – including Intel, Oracle, Siemens, Micron, Google and IBM – to accelerate innovation in the computing technologies needed by its research community. Today, over 30 joint R&D projects are being carried out at CERN through CERN openlab.

Education and training are important parts of CERN openlab’s mission. Thus, each year, the companies participating in CERN openlab sponsor a nine-week summer-student programme. The selected students participate in a series of lectures (available free and online here), visit different parts of the Laboratory and work on projects guided by IT experts at CERN. This year, projects addressed technologies such as quantum computing, supercomputing, machine learning and open data.

“During their stay at CERN, the students are immersed in an environment of cutting-edge technology and innovative thinking,” says Enrica Porcari, head of the CERN IT department. “They also bring fresh ideas and approaches to the teams they work with at CERN.”

32 students from 19 countries were selected for the 2022 CERN openlab Summer Student programme, from 1770 applications. Their five-minute “lightning talks” summarising their projects can be accessed here: http://cern.ch/go/n9Mr and http://cern.ch/go/t6fX. A panel of judges scored the talks, with the top three students receiving prizes from CERN. The top three were as follows:

This year’s summer students were also joined by the winners of two recent competitions. Jay Patel, a computer-engineering student from India, was awarded a place in the programme as a prize for having won the QHACK quantum machine-learning hackathon in February. Three other prize winners from the QHACK also came to CERN for a special week-long visit in July. “I was amazed by the work environment at CERN,” says Patel. “I really felt welcomed and, after doing a master’s in quantum computing, I would love to go back and work at CERN.”

Eugenio Marinelli came to CERN after winning the oneAPI Great Cross-Architecture Challenge, organised by Intel with support from CERN and Argonne National Laboratory in the US. He used the set of cross-architecture libraries found in the oneAPI toolkit to develop a new application for quickly and accurately decoding digital data stored in synthetic DNA. “My experience at CERN was very good,” says Marinelli, who is now studying for a PhD at EURECOM in France. “I particularly enjoyed being exposed to the international environment at the Laboratory.”

Applications for the 2023 CERN openlab Summer Student programme will open in November.