Kristina Gunne studied social sciences and communication at Lund University, Sweden, before coming to CERN in 1996. She first worked as the liaison and communication officer at the Swedish Research Council’s office at CERN. During this period, she was involved in many outreach projects —both in Sweden and at CERN.

In 2004, Kristina moved into the domain of EU projects. She was the events coordinator for the Enabling Grids for E-SciencE project (EGEE), which worked to build up grid computing capacity in Europe.

Following the completion of the EGEE project, Kristina worked as a personal assistant in the office of the head of the CERN IT department, and worked on administrative matters related to CERN openlab.

Since 2012, Kristina has been working as CERN openlab’s administration and finance officer. She is also the administrative coordinator of the CERN openlab summer-student programme. 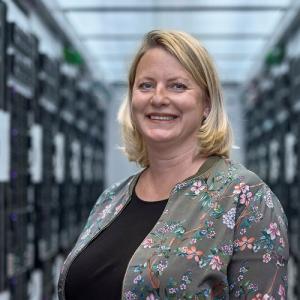