Fons received his Ph.D. in particle physics from the Univ. of Amsterdam in 1991 for his work on event displays and data analysis for the DELPHI experiment at CERN's LEP collider. Since then he has worked at CERN and been involved in designing and developing data analysis programs. In 1991 he joined the PAW project where he developed the column wise-ntuples (a column-oriented storage system) and PIAF, a parallel distributed data analysis system, which was sold to Hewlett-Packard for $1M. In 1995, while working as Linux expert for HP at CERN, he started with René Brun the ROOT project (root.cern) and has been involved in all aspects of the system since then.

In 2001 Fons joined the ALICE collaboration and has worked as software architect on the initial version of the AliRoot framework. His special attention has gone to high performance parallel computing using PROOF (Parallel ROOT Facility). Fons took over from René Brun as ROOT project leader in 2011. ROOT is used in all particle physics laboratories in the world as the main data storage and analysis tool. It was the main statistical tool used for the discovery of the Higgs boson.

After the release of the all new ROOT 6 end of May 2014, Fons moved on to become the CERN openlab Chief Technology Officer. Fons was instrumental in identifying new technologies and negotiating with a number of new companies to join openlab phase V. After about one and a half year as CTO Fons took up the position of Chief Research Officer in CERN openlab to focus on openlab R&D projects, knowledge sharing, IoT and Smart technologies and applying CERN openlab technologies in other scientific fields.

He is currently leading the development of BioDynaMo (biodynamo.org), an agent based simulator for complex biological systems, medicine development, epidemiology, finance and socio-economic issues. 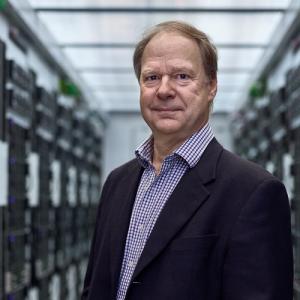