Alberto is the head of CERN openlab in the IT department at CERN. He is an aerospace engineer (MEng) and electronic engineer (PhD) by education. Alberto also has extensive experience in the design, development, and deployment — for both commercial and research applications — of distributed computing infrastructures and software services.

Alberto joined CERN for the first time in 1998 as systems engineer and then co-founded a start-up company developing monitoring systems for distributed computing networks. He joined CERN again in 2004 to take part in the early stages of development of grid computing for research. From 2010 to 2013, Alberto was director of the European Middleware Initiative (EMI), a project responsible for developing and maintaining most of the software services powering the Worldwide LHC Computing Grid (WLCG). 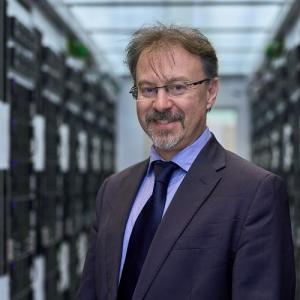